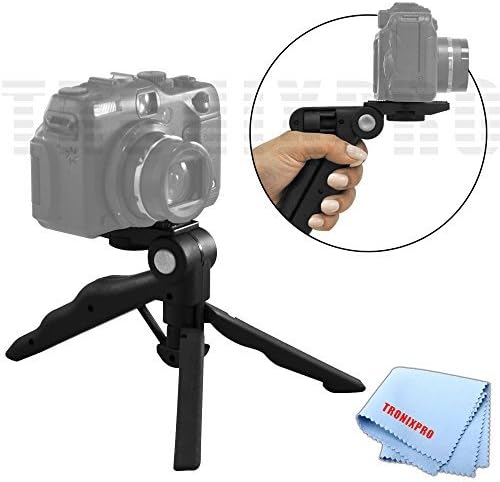 This tripod/handgrip is durable and lightweight plastic. Convenient for travel. The tripod legs have skid-proof soles which help eliminate sliding off of surfaces.

The tripod head has 12 points of vertical articulation totaling 130Â° degrees. Each one easily clicks and locks into position.

Microfiber Cloth
Wipe smudges, fingerprints or oil away from you LCD screens or camera lenses.